5 Reasons to Get A Commercial Bike Rack 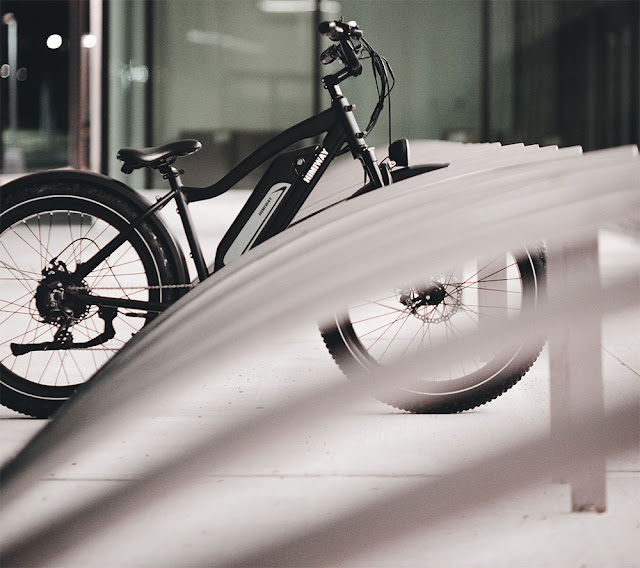 5 Reasons to Get A Commercial Bike Rack

Public bike racks seem like a no-brainer in the fight against bike theft. It's true that investing in outdoor bike racks has a number of benefits from a business viewpoint. Either you have a normal electric bike or some of the best hybrid bike racks are going to help you in their safety.
Take a look at these five compelling arguments in favor of purchasing commercial bike racks.

1.   Rise in the number of bicycle thefts 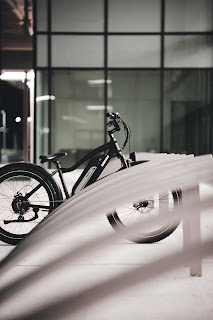 The impact of a pandemic

As a result of the COVID-19 outbreak, bike sales in North America have seen an unparalleled increase. More bike lanes were constructed to promote riding and outdoor exercise as traffic-clogged streets became less noisy. Biking provides an opportunity for people to get outside and exercise while maintaining a sense of distance from their surroundings. Bike shops across the United States began to feel the strain of an expanding customer base. When bike sales reached their highest point since the 1970s, mass merchandisers like Walmart and Target were left with empty aisles, resulting in a statewide shortage of bikes. During the epidemic, states like New York and D.C. saw a significant increase in the number of new bike registrations.

Thieves have an easy target.

The number of bicycle thefts went up as bike sales increased. Over 96,000 bikes were stolen from American citizens in 2020, while the country's bike registrations were over 548,000. According to BNN Bloomberg, annual sales of bicycles have increased by 111% and stolen by 56%. Only recorded thefts are included in this data. Only 15 to 20 percent of the nation's estimated 1.7 million bike thefts are reported to police each year. A similar trend is sweeping across Canadian provinces, making it a serious issue in the United States as well. A three-fold increase in bike thefts in Toronto, Ontario, will be reported in 2020, when about 4,000 bikes are believed to have been stolen. In 2020 alone, 334 bicycles were stolen for every 100,000 residents in Vancouver, which is the greatest incidence of bicycle theft per capital in any major Canadian city. Worrying numbers and insecure parking alternatives are the major reasons why individuals don't cycle more often and don't feel completely safe and secure when they do, respectively.

2.   Having secure bike parking can bring in more business

Studies have shown that street-level businesses benefit from the increased revenue that bikers bring in. As a result, a physical storefront must include secure bike parking. Customers like the convenience and speed provided by commercial bike racks, which can help businesses boost their bottom lines. Businesses can extend their customer base by offering a parking solution to new customers, in addition to improving the satisfaction of their current customers. A lack of bike parking can be a huge opportunity cost for many small businesses in North America as the number of bike riders continues to rise. Many potential clients will pass you by if cyclists passing by your storefront do not see suitable parking for their electric bikes. In addition to attracting more customers, providing bicycle parking has other advantages, such as increasing community involvement, enhancing your image, and gaining support from the community.

Workers' physical and emotional well-being can be improved by employers saving money.

3.   Safe and secure parking for bicycles for your employees

Employers can save a lot of money by constructing bike parking instead of parking spaces for cars. Approximately eight bicycles can fit in the same conventional parking stall as one car. In New York alone, there are an estimated 3 million curbside parking spaces. Is it even possible to conceive how much better things would be if you converted even a fourth of them? Having commercial bike racks outdoors, where they are safe and well-maintained, is preferable to having bicycles clogging up the halls of your office.

Affect on Your Health

Your employees may wonder, "How does a reduction in parking space assist them?" Increased access to secure bicycle parking will encourage more workers to ride their bicycles into the office each day. In addition to improving physical health, studies demonstrate that regular cycling exercise improves mental well-being as well. The pandemic we face now has made cycling to work even more beneficial. It allows you to get some fresh air and keep your physical distance more quickly than if you were to take public transportation or carpool.

4.   Parking should be improved to be more secure and convenient.

Parking techniques that are out of the ordinary

Almost everyone has encountered an unusual parking strategy at some point. It's impossible to ignore. People will resort to a variety of bizarre methods if there isn't a sufficient and extensive network of publicly accessible bike racks. Fences, street posts, gates, railings, and trees are just a few examples of bike parking possibilities.

Secure parking choices are scarce in the area.

Not only does the usage of these alternatives put the bike owner at risk because it draws attention to themselves, but it can also put others at risk and damage the objects being utilised. In certain circumstances, you’ll notice riders adopting these alternatives owing to inconvenience of having adequate parking positioned a bit too far from where they are or heading to. However, in the majority of cases, this occurs simply because there aren't any other viable solutions. It's a no-brainer: most cyclists would use better-quality secure bike parking options if they were available. In order to avoid bicycle theft, secure bike parking solutions can provide enhanced visibility and security to the bicycles.

5.   Commercial bike racks of the modern era are visually pleasing and quite useful.

Furniture that enhances the aesthetics of the site

When most people hear the term "bike rack" in today's landscape architectural world, they immediately see a complicated, low-quality, space-consuming, and insecure metal eyesore. The commercial bike racks made by Reliance Foundry are very different. Our bike racks are built of high-quality materials, such as ordinary steel or 316 stainless steel. Design and security are seamlessly integrated into the racks' various shapes and designs. It's impossible to pick just one model of bike rack when there are so many to select from. Short-term bicycle parking is available at our outdoor bike racks. The quality of the bike rack, the type and quality of the lock, and the manner in which the lock is used all play a role in the safety of bike racks.

Parking solutions that are extensive.

If you're concerned about the safety of your bike while it's outside, we have wall bike racks for you. In addition to saving space, these vertical racks are more secure and may be affixed on a wall. It is possible to have them installed in the parking garages of apartment or condominium complexes. Also offered by Reliance Foundry are post-and-ring style bike bollards, bicycle storage lockers, and various bicycle parking accessories.

Posted by KIllerwebs at 01:22 No comments:

Welcome to MTB News
Our aim is to bring you the latest MTB news and products reviews. Our team of expert bikers bring you the very best product reviews and MTB News.
Please note that MTB News does use affiliate links, so we may earn a small commission from your purchases. This is to help fund the running of this Blog. Thank you

Find the Best Car Bike Rack for you and your car! 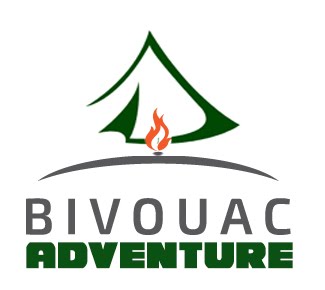 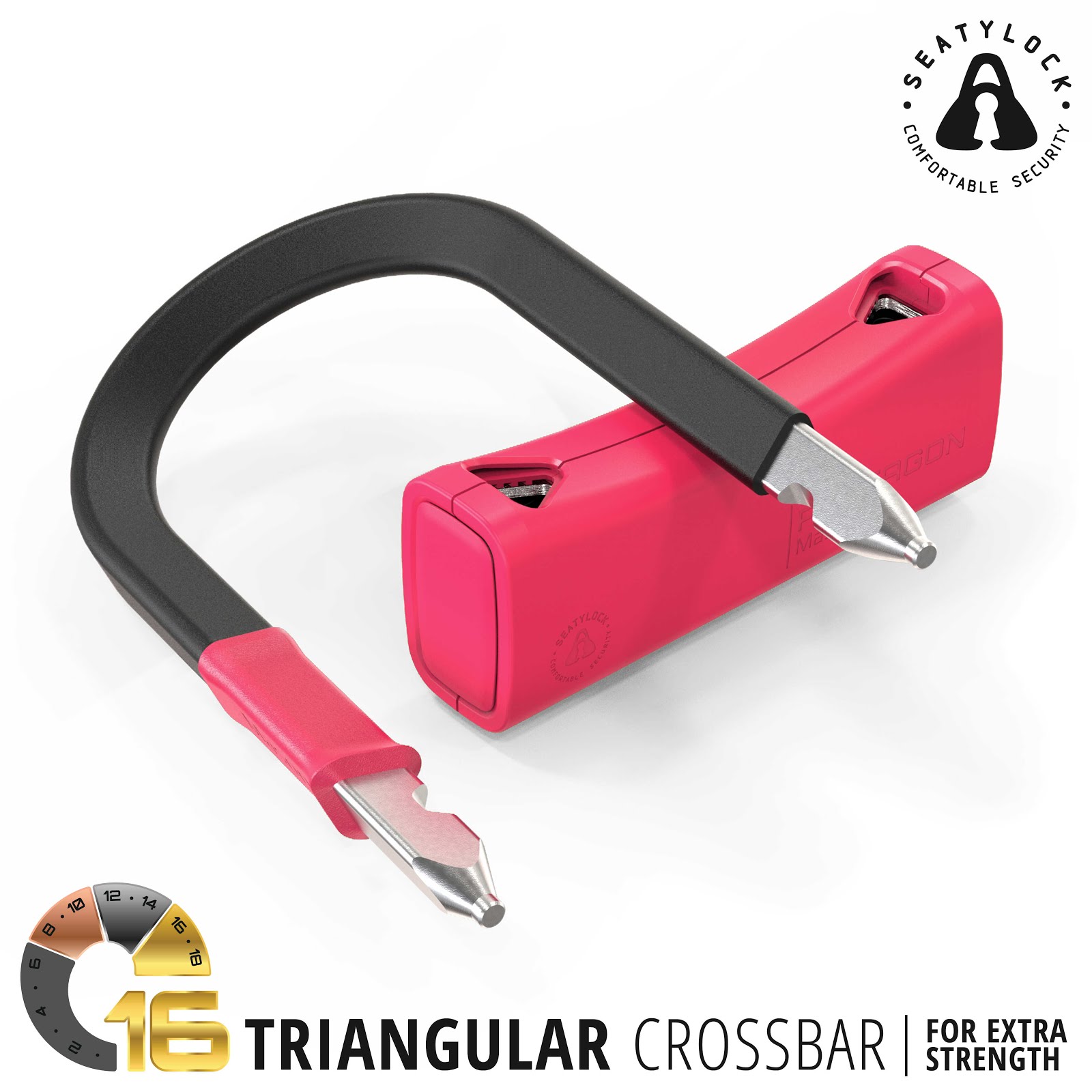 MTB News is a participant in the Amazon Services LLC Associates Program, an affiliate advertising program designed to provide a means for sites to earn advertising fees by advertising and linking to Amazon.com